Yesterday we spent the morning in Los Angeles before driving down to San Diego in the afternoon for our show at Soda Bar.

Jono scored two early points by not only going to the supermarket for breakfast foods but for making delicous bagels for everyone.

I had granola with rasberries and a mozarella and tomato bagel. 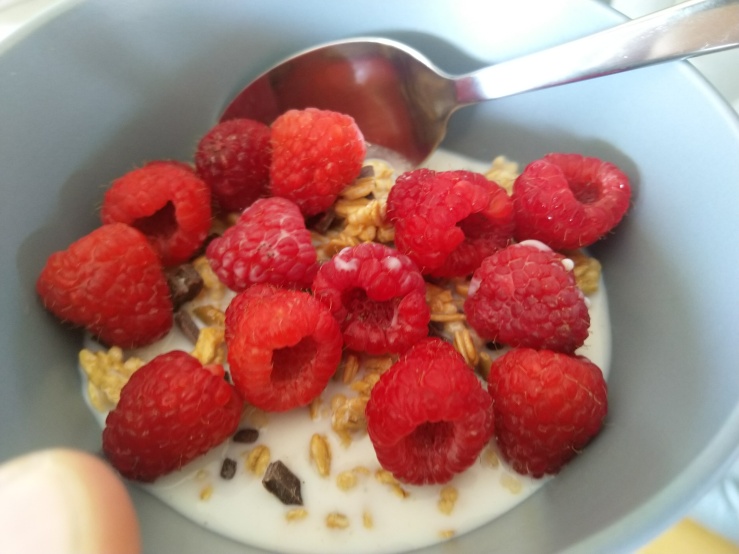 After breakfast Tristan and I went for a hot run in Elysian Park.

In the afternoon we drove to San Diego and experienced some horrific traffic. On the way we spotted my powerplant of the day, the San Onofre Nuclear Generating Station.

The plant is a prominent landmark because of it’s two hemispherical radiation containment buildings. The plant’s first reactor operated from 1968 to 1992 and units 2 and 3 were started in 1983 and 1984 respectively, however both were shutdown in 2012 after safety concerns. When operational the two reactors generated over 1000MW each. Currently over 4,000 tons of radioactive waste are stored at the facility.

Beth of the day goes to Jono for his superb breakfast, and for washing the dishes before I got the chance to.

Thanks for taking such good care of us Jono.