Yesterday we drove west along the I70, across Illinois and to St Louis on the Eastern border of Missouri.

For breakfast I had porridge with nuts and dried cranberries.

We stopped for lunch at an Arby’s and Liz scored a quick point for her order of assorted fried sides.

My bridge of the day is the Eads Bridge which connects St Louis with East St Louis across the Mississippi River. There are so many good facts about this bridge that with my limited writing ability I couldn’t put them all together in a way that does it justice, so I’ve resorted to listing them as bullet points.

• It is a steel truss arch bridge consisting of triangularly braced 46cm hollow steel tubes linked in units and set into masonry piers.

• The three huge piers were built by sinking pneumatic caissons (airtight chambers) right down to the bedrock under the riverbed (up to 38 metres below the water level) so workers could pour the foundations. These were the deepest underwater constructions of their time and brought about a new chapter in civil engineering.

• It is the World’s first steel truss bridge.

• It is the oldest surviving bridge on the Mississippi river.

• At the time of construction the centre arch was the longest rigid span ever built.

• It employed the first large-scale application of steel as a structural material.

• Designed by self-educated engineer James Eads who had no prior experience in bridge building.

• In 1949 the bridge’s strength was tested with electromagnetic strain gauges, and determined that the allowable load was over 60% higher than Ead’s original estimate.

Compressed air was pumped into the caisson so that workers could descend to the bottom and shovel sand and mud from the riverbed into a pump which lifted it to the surface.

A strong runner up for bridge of the day was the Martin Luther King Bridge, a cantilever truss design with a longest span of 293m and total length of 1222m.

We saw the World’s tallest arch, the 192m Gateway Arch.

We also saw this tiny arch in Vandalia, Il.

We played at a venue called The Ready Room. The sound was excellent and the lighting technician did lots of cool lighting cues in time with the songs. 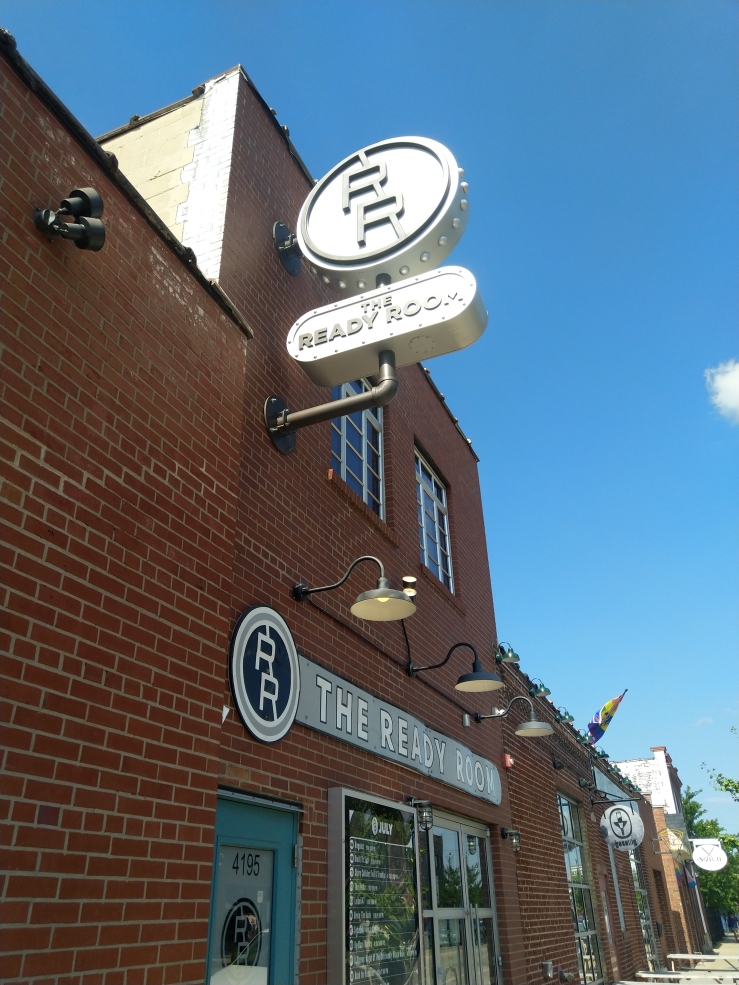 Beth of the day goes to Tristan. He recommended Arby’s for lunch and ate the most pickles. He hit it out of the park though by ordering a pizza for our dinner and getting it cut into eight slices instead of six, pulling ahead of even Liz’s impressive fryerman’s basket.